AplacBase is a resource for all information surrounding aplacophoran molluscs! Check here for accepted aplacophoran taxa, distribution, identification guides, and more! The goal of AplacBase is to provide information for both experts and non-experts alike to aid in identification and general knowledge on this understudied group.
Solenogastres
We can find Solenogastres (=Neomeniomorpha) all over the world: from the shallow intertidal zone, down to the deepest parts of our oceans at the bottom of deep-sea trenches. They inhabit tropical coral reefs as well as the cold waters surrounding the North and South Pole (have a look at our distribution map). In the late second half of the 20th century, a lot of work was conducted on the diversity of Antarctic Solenogastres, which is why so many species are described.

Most species are only a couple of millimeters long. The smallest animals are Solenogastres that live within the ‘interstitial’, the tiny pore spaces between sand grains, and might be even smaller than a millimeter. The largest animals belong to the genera Epimenia and Neomenia.

They are weird (yet wonderful) molluscs: on first glance they look like shiny sometimes colorful worms. Instead of bearing shell, their body is covered in calcareous sclerites, which might be formed like flat scales or long thin needles with intricate structures. They are a benthic group of animals, which means they live on the ocean floor and are not found swimming in the open water (at least adult animals, some solenogaster larvae indeed spend a certain amount of time drifting through the oceans).
​
Sometimes they live wrapped around the corals on which they feed, or move in a gliding motion over the ocean floor. So far they have been found to live on different types of sediment, like sand, mud, or silt. Species of the genus Helicoradomenia even live on hydrothermal vent sites. 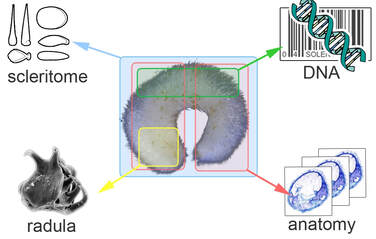 Figure 3. Information needed from individual specimens in order to describe new species
Taxonomy of Solenogastres
Traditional taxonomy of Solenogastres is notoriously time-consuming and complex, and one of the main reasons why so few people study this group of animals. Molluscs like gastropods and bivalves can often be identified easily to species level by looking at their shells.

However, if we study the sclerites of a solenogaster we often just get a rough idea to which higher taxonomic rank they might belong. If we really want to know which family, genus, or species we are dealing with we have to look at the animal’s anatomy (Figure 3). The required lab work takes a lot of time (Figure 4) and access to a lot of different lab equipment is necessary.

The advent of molecular barcoding (i.e. sequencing specific parts of an animal’s genetic code) has really been a game-changer in the identification of animal groups that might otherwise require specialist equipment and knowledge as well as a lot of time. In theory, an animal can be easily identified by comparing its unique “DNA barcode” to databases, like GenBank (https://www.ncbi.nlm.nih.gov/genbank/), where such barcodes are stored for thousands of species. However, we do not yet have such a reference library of molecular barcodes for most solenogaster species. So while we can use their DNA as an additional character to differentiate between solenogaster species, for the time being it is not yet possible to identify them based on their DNA barcodes. 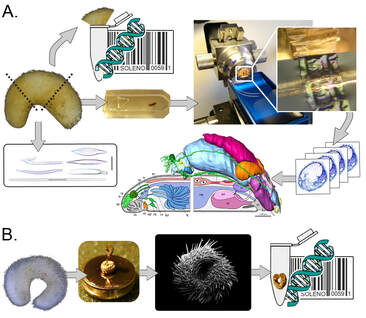 Figure 4. Visualization of the integrative taxonomic workflow used to describe new species of solenogaster aplacophorans.
Workflow of Integrative Taxonomy (Figure 4)
In a first step, we take photos of the entire animal. Usually, Solenogastres are so small that we use a camera mounted on a dissecting scope or even microscope. With sufficient magnification, it is already possible to recognize some of the different types of sclerites that make up the scleritome. In our experience, a black background works best if you want to get nice photos.

At this point it’s really important to maintain a detailed “sampling list” including field codes for all individuals, where you found them (for example coordinates, depth, substrate), and which photos belong to which animal (in case you are sorting through several animals at the same time).
Next, if the animal is big enough it should be trisectioned with e.g. a razorblade on a sterile surface. The middle region of the animal usually only contains epidermis, midgut, and parts of the gonads and no taxonomically informative characters – so it can be used to sequence parts of their DNA and even additional sclerite investigations. Both the anterior (‘head’) and posterior (‘tail’) should be saved for histology. By embedding the animal in a plastic block and sectioning it with a so-called microtome into many really thin slices (about 1.5 µm which is equivalent to 1.5/1000 part of a millimeter), we can study their anatomy (see Figure 2A for the workflow). Many anatomical features (for example their rasping tongue ‘radula’, configuration and histology of digestive glands and the reproductive system) are necessary to identify a solenogaster to family, genus or species level.

If we are dealing with really tiny animals that are impossible to trisection we use two different approaches: 1) we cut the animal in half, use the front part for anatomical studies and the back end to extract and sequence its DNA. 2) It is also possible to study the entire animal with a scanning electron microscope (SEM), that gives us really high resolution and magnification images of the animal. Afterwards it is possible to extract and sequence its DNA (see Figure 2B). While we do get very detailed images of the outer morphology and all the sclerites, it is impossible to study the anatomy of these animals.
Caudofoveata
Caudofoveata (=Chaetodermomorpha) is distinguished from Solenogastres and other molluscs by a suite of morphological characters, the most obvious of which are the complete absence of a foot and the presence of an oral shield (an anterior, muscular structure used in burrowing and feeding). They have a small mantle cavity restricted to the posterior-most part of the body that contains one pair of true ctenidia (gills). Notably, the digestive system differs from that of solenogasters as it includes a midgut with a distinct glandular diverticulum separate from the stomach. Adults are dioecious, free-spawners with external fertilization giving rise to pelagic, lecithotrophic larvae. Adult caudofoveates range in size from around 1 mm (many prochaetodermatids; Scheltema, 1985) to over 40 cm (Chaetoderma felderi) in length, although most described species are on the order of 2 mm to 5 cm.
Caudofoveates commonly inhabit muddy substrata in calm, coastal waters but they are also common and, in some places, relatively abundant in the deep sea. For example, Prochaetoderma yongei can reach densities of 400 individuals / m2 in the north Atlantic although such densities are exceptional. Because of the obvious difficulties in studying these animals in their natural habitat, little is known about the behavior of caudofoveates in situ. At least some species appear to form horizontal burrows keeping their mantle cavity near the surface of the substratum. Although without a typical molluscan foot, caudofoveates are able to burrow efficiently in a peristaltic fashion using their circular and longitudinal musculature. Caudofoveates are thought to feed on microorganisms such as foraminiferans and/or detritus. Examination of transcriptome data from Falcidens caudatus suggests that nematodes may also be on the menu.
Taxonomy of Caudofoveates
Within Caudofoveata, classification is based primarily on characteristics of the sclerites and radula. Around 130 species have been described and three families are generally recognized. Limifossoridae has been hypothesized to show the most ancestral morphology because of the presence of several putatively plesiomorphic characters. These include an anterior, midventral suture in the limifossorid Scutopus ventrolineatus, which has been interpreted as a vestige of the foot. The presence of a longitudinal-submarginal muscle system and serially arranged pairs of bundles of muscle in Scutopus species have also been interpreted as a retained plesiomorphy (Salvini- Plawen 1985a). Additionally, the anterior, undivided midgut and posterior blind-ended midgut sac of at least some limifossorids (e.g., Psilodens elongatus) have a similar appearance in histological sections whereas these different regions of the gut are more specialized in others. Also, limifossorids have a relatively large, distichous, solenogaster-like radula (although so do prochaetodermatids), which is thought to be plesiomorphic for Caudofoveata.

Chaetodermatids on the other hand appear to have a secondarily reduced radula. In the case of Chaetoderma, the radula is reduced to a simple, two-toothed, forceps-like structure thought to be an adaptation for selective feeding on infaunal prey. Prochaetodermatids are typically characterized by a small, short and stout body and a distichous radula with a unique jaw-like structure. Notably, this family is the most diverse caudofoveate group in the deep sea and certain species can be the numerically dominant macrofauna in some places.